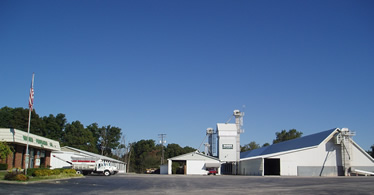 SOMERSET, Ky. (WTVQ/Press Release) – Hemisphere Limited has announced it has entered into a contract for the purchase of the Warner Fertilizer Company which was founded in Somerset, Kentucky in 1965.

WFC is the largest, locally owned independent fertilizer retailer in Kentucky and has been recognized nationally by Crop Life Magazine as a “Top 100 Dealerships” for the past 27 years.

A Pulaski County resident since 2012, entrepreneur and Hemisphere CEO Demetrios Haseotes is looking forward to continuing Hemisphere’s expansion in the agribusiness sector.

WFC is the manufacturer of the “WARNCO” brand fertilizer, servicing farmers and agriculture across Southern Kentucky. Typical customers are income-producing cropland farmers, utilizing fertilizer products and services from planting through harvest.

Over the past five years, WFC has supplied an average of 31,000 tons of fertilizer to local farmers in production of various cropland throughout the region.  Services offered are custom application, spreader/no-till rental, custom/pasture, soil testing and agronomic consultation.

Hemisphere’s long-term strategy is to design and adopt value added products and services into WFC’s existing offerings, including the addition of products to serve new farm and garden clients as a “one-stop” source.

WFC’s locations will be designed for optimal product visualization and placement, with selling space inside and outside each of its facilities.

Beginning in 1972, WFC understood the need to be near their farming clients and began opening branch locations that have now expanded to 11 locations servicing 13 counties.  Most location’s sales are within a 10–15-mile radius. The Somerset location ships products into Virginia, Tennessee, North Carolina, West Virginia, Michigan, and Pennsylvania.

WFC services the Kentucky cities and counties as shown below:

Total wages and benefits over the previous five years average $2.1 million. Many of the employees have been associated with the company for 20 years or more.